Alliance for Green Heat, Oct. 2, 2013 - For years, scores of websites have been using information from the Department of Energy stating that pellet stoves have efficiency ratings of 78% - 85% and are exempt from EPA emission testing. Many other sites say pellet stoves are exempt from emission testing because they are so clean to start with.  This has been passed down over the years by retailers, the media, industry sites and non-profits.  The only problem is, it’s simply not true. 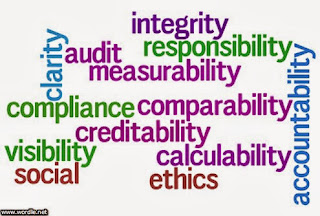 Pellet stoves are just like wood stoves: emissions regulations were developed to certify them and there are ways to remain exempt from those regulations, including allowing an air to fuel ratio of 35 to 1 or greater.  The classic technology with a huge air to fuel ratio is the fireplace, and its the main reason why fireplaces are so inefficient.  If a wood or pellet stove is exempt because it has a high air to fuel ratio, its also going to be less efficient, but in the case of a pellet stove, it may only be 5 – 20% less efficient, and still in the 50 – 70% efficiency range.

Experts in EPA and industry don't even agree if pellet stoves are "exempt" from certification, or just not covered by the rules, even though they have a well-established test method.  Some experts say  that most pellet stoves weren’t EPA certified because they use a loophole to avoid certification, just like some wood stove manufacturers have done.  That loophole allows pellet stoves with excessive airflow to avoid certification.  And that excessive airflow through the combustion chamber and up the stack significantly reduces efficiency.  To complicate things further, many pellet stoves have not tested to be certified, or tested to be exempt.  They are simply on the market and its unclear if they have a 35 to 1 air ratio or not.

The EPA's Pellet Stove Fact Sheet says, "Technologies are used to ensure the best fuel‐to‐air ratio in the combustion chamber so that the fuel can burn completely". The EPA fact sheet cited HBPA, the industry association brochure as their source.  In fact the opposite is frequently true because EPA regulation allows for far less than optimal fuel to air ratio as a way to avoid certification.

The DOE page on pellet stoves has lots of great information, but on this critical point, it perpetuates another myth – that pellet stoves are so clean that they don’t need to be certified.  The DOE says, "with combustion efficiencies of 78% to 85%, they are also exempt from EPA smoke-emission testing requirements”.  That myth is being repeated on scores of prominent industry and independent web sites. [Update: As of Oct. 24, the DOE has updated and corrected its website so that it no longer says pellet stoves are exempt.]

Virtually every pellet stove expert agrees that it is unwise to rely on efficiencies posted by manufacturers, because they are not required to test and list efficiencies in the same way and numbers are often not produced by third party testing facilities.  The EPA list of certified wood and pellet stoves has recently started to list actual efficiencies, in addition to the default efficiencies.  Many of issues will be resolved in 18 - 24 months from now, when the EPA will likely start requiring for the first time, third party, consistently measured efficiency numbers on stove labels.  And, the EPA will get rid of the loopholes that allow for uncertified wood and pellet stoves to be sold on the market.

Consumers are also provided exaggerated efficiency numbers by many if not most pellet stove manufacturers because they report using LHV numbers, instead of HHV ones, but they don’t tell the consumer that they use LHV.

The DOE and EPA should do far more to encourage people to switch from wood to pellet stoves because they are consistently much cleaner and a very effective way to drastically reduce fossil fuels.  They should also help consumers understand what stoves the default efficiencies apply to, and why others can be exempt from certification.  In the meantime, consumers should consider buying EPA certified pellet stoves if they want to ensure higher efficiency stove, whether it is wood or pellet.

For more consumer information on how to select an efficient stove, click here.