To understand carbon impacts of residential heat, it helps to get get personal. Three Alliance for Green Heat (AGH) board members and one AGH supporter - Jon Stimling, John Ackerly, Josh Elmore and Peter Caldwell - calculated the carbon footprint of their homes in order to better understand home heating carbon impacts. Each household employs at least one form of renewable energy. The four individuals emitted between .92 and 3.8 metric tons of carbon per year to heat their homes, which is well below the national average and even further below their respective state averages.

Postscript: Ten years later, one Board member is nearly fossil fuel free in his house and cars.  And it was easier than many people may expect.

The lower-than-average emissions are due in part to the fact that each household uses wood or pellet stoves to provide some portion of their heating needs. The calculations were reached using the carbon calculator website; www.carbonfootprint.com, a well regarded program that assigns .18 metric tons of carbon for a ton of wood pellets or a cord of wood. The average American home produces about 12 tons of carbon a year, according to most authorities and 40 to 60% of that on average is used for heating.

The EPA estimates approximately 4 metric tons of carbon dioxide (CO2) per person per year (about 17% of total U.S. emissions) are emitted from people's homes. The individuals featured here all have household footprints of 3 to 7 metric tons, but if calculated using the EPA per capita average, these homes would emit 8 to 20 tons metric tons. The home with the lowest carbon impact from heat has a pellet furnace that can meet 100% of the home’s heating needs. One Board member has solar panels, which covers 100% of his electric load and another buys 100% wind power. Some variance in CO2 output can be attributed to how electricity is generated in each household’s particular state. 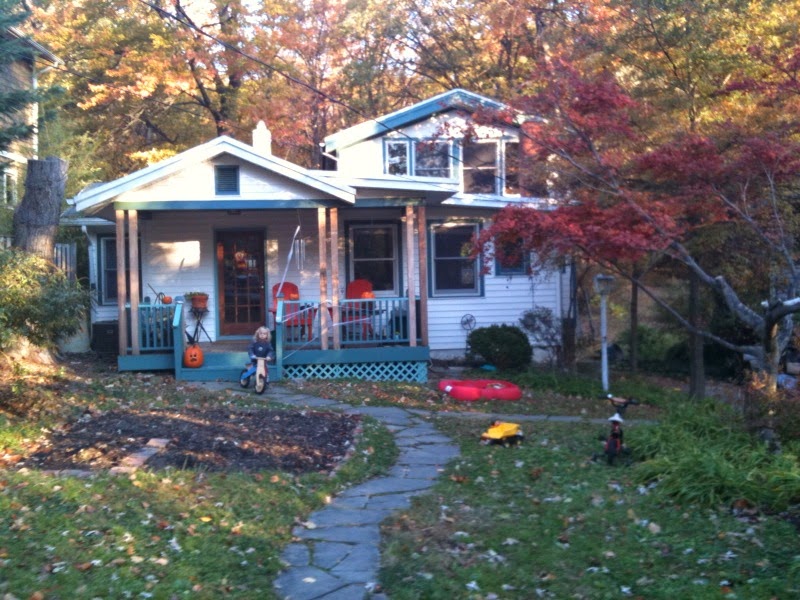 House #1:
A 1,900 square foot home occupied by four people in Maryland has a total average output of 6.95 metric tons of CO2 a year. After purchasing 100% wind power, the footprint drops to 2.85. Natural gas, used as a backup heating fuel, is the largest contributor, totaling 2.49 metric tons of CO2 a year. The combustion of 2 cords of wood in an EPA certified LOPI Patriot circa 1995 accounts for the other .37 metric tons. The wood is obtained from the urban wood waste stream through local tree services working in the neighborhood.

A 1,800 square foot home occupied by five people in Colorado. This household emits 3.08 metric tons of CO2 a year on average. The largest contributor to this impact is due to the reliance on propane as a back up heating fuel. It is 2.90 metric tons of the total emissions. The remaining .18 metric tons of CO2 is attributed to the single cord of wood burned per year in an EPA certified 2002 Jotul. The wood is either self harvested or purchased from people hired to thin local forest for fire suppression. 100 percent of electricity is from solar panels installed near the house.

A 2,650 square foot home in upstate New York occupied by two people. The household’s total CO2 footprint is 7.59 metric tons a year. This result is a combination of the home’s electricity consumption (9,733 kwh/yr), which contributes 3.79 metric tons of CO2 to the total, and heating oil (back-up fuel) which is responsible for 2.52 metric tons of CO2 a year. Finally, the combustion of 7 cords of wood a year in a Vermont Castings stove results in 1.29 metric tons of CO2 being released. The wood is self harvested and split by hand. 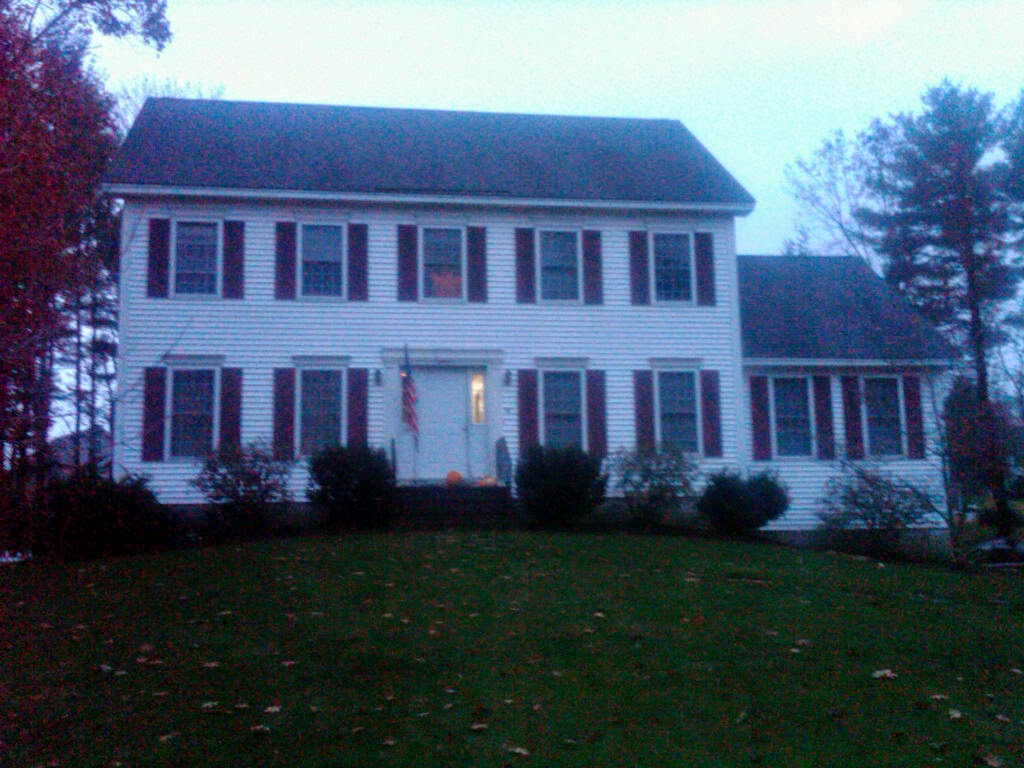 A four person 2,500 square foot household in New Hampshire emits 7.02 metric tons of CO2 a year. The largest contributor to this total was electricity consumption (15,000 kwh/yr on average), which resulted in 4.65 metric tons of CO2 being released. Propane for cooking and hot water contributed 1.45 metric tons to the total. With the remaining .92 metric tons released through the combustion of 5 tons of wood pellets in a Harman PF100 furnace each year.

These four households demonstrate the wide array of energy saving measures and methods to offset CO2. There is no blanket, cure-all strategy to reduce fossil fuel consumption, however this group shows how relatively small measures like running a wood stove can help to decrease heavy CO2 emissions. Everyone in the thermal biomass or energy efficiency sector should consider doing their household carbon footprint as well as getting a home energy audit to get a more tangible understanding of these issues. Understanding your carbon footprint in comparison with other Americans is also useful. Finally, understanding the potential of strategies to offset CO2 from fossil fuels, like using a modern wood or pellet stove in your home, is the building block for appreciating how we as a society can intelligently leverage this technology.