Vertical fireboxes are still the norm in Europe but they rarely reach the heights they used to, except as masonry heaters. Today, the vertical European firebox style typically accommodates shorter and smaller pieces of wood, good for a evening fire, but not to hold heat overnight.

The abundance of cheap wood in America led to less of a priority on thermal storage.  Instead of using less wood, and capturing more of the heat, Americans were able to design stoves that held logs big enough to slowly burn overnight in horizontal burn chambers.

More vertically oriented stoves were common in America in the 1800 and 1900s in the iconic potbelly stoves, designed as much for coal as for wood.  All sorts of “parlour” stoves also had vertical shapes, designed as heat exchangers so that heat would be transferred to the room before going too quickly up the stack.  The poor man’s heat exchange used to be longer single walled pipe that would snake vertically and then horizontally through a room, often collecting and dripping creosote before exiting the room.
Visit our other international photo essays on firewood collection and stacking, wood fired hot tubs, tiny stoves for  tiny homes boats & RVs, and typical wood stoves from countries around the world. 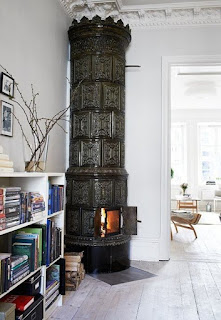 In the 1960s and 70s, thousands of these hold masonry heaters were destroyed as fossil fuel became cheap and widely available.  And, despite their design to burn hotter and faster than modern steel stoves, as populations increased and cities and towns became larger all over Europe, they began to pose significant pollution problems. 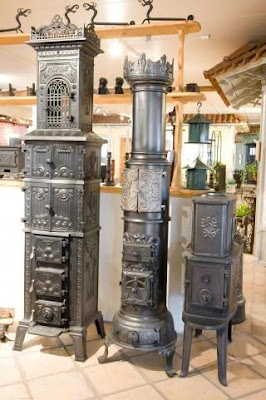 Howell Harris, perhaps the world’s leading historian on wood stoves discusses the demand for very tall stoves, emphasizing their use in non-residential settings, “including "Halls, Nurseries, Nurseries, Churches, Public Offices, Stores, Counting and Green Houses, Work Shops, Steam Boats and Ships' cabins, &c. &c." and also of the shared interest of the inventor and his customers in maximizing heat output and fuel economy.   His site has as much or more detail than anyone could hope for along with scores of high-quality photos. 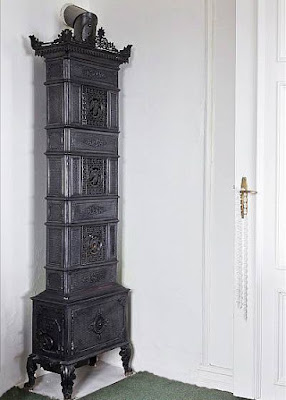 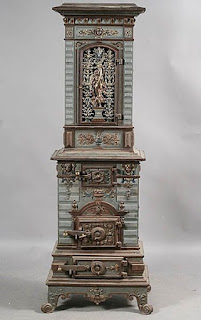 Many of these elegant, tall stoves, made either of cast iron or tile, were designed for coal, but could also use wood. 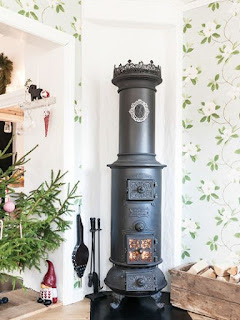 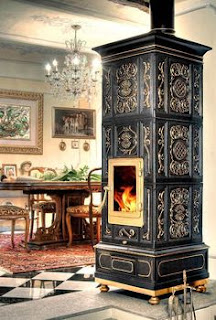 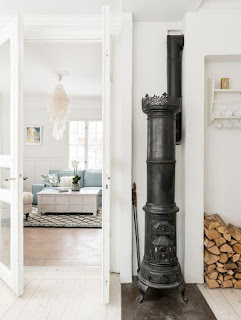 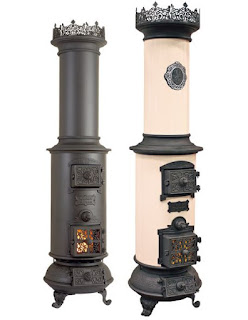 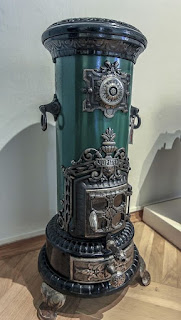 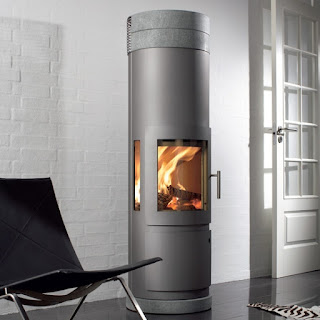 While stoves like this are available on the North American market they are almost all imported from Europe and remain far more popular there.

The evolution of Danish Morso stove designs from 1854 to 2008. around the turn of the century, when Morsø began to produce and provide tiled stoves and heaters to schools, churches, the railways, ministries and not least to the royal household. This put Morsø seriously on the map, and in 1915 Morsø received the coveted title of Purveyor to the Royal Court. In the 1950’s, the tiled stoves were replaced by central heating, but opened but opened space for wood-burning stoves in which you can see the flames,