Updated on May 12 - After weeks of intensive lobbying by the wood heater industry, the EPA has sent an amendment to the OMB that is intended to provide a sell-through for Step 1 stoves, according to sources.

However, if there is a sell-through, it would not happen until the fall, or even 2021 given the delays typical of EPA rule making. Retailers will not be able to sell Step 1 stoves during late spring, summer and early fall at the very least.

Changes to regulations involve a months-long process of notice, public comment, and issuing a final rule.  This change was initially reported to be a “direct final” rule, allowing the Administration to make the change more quickly, if it is non-controversial and there are no objections. In most cases, the agency asks to receive objections within 30 days and anyone can object, which may then require the agency to go through the full process.  States, air agencies and other stakeholders would likely object, as the “sell-through” relief sought by industry was one of the most controversial parts of the process, leading the EPA to deny a sell-through in its final rule on March 11, 2020. (On May 11, Senator Carper (D-DE) the ranking member of the Senate Environment Committee, sent a scathing letter to the EPA, demanding answers about why it is contemplating reversing itself, after finding a sell-thorugh was not warranted in March.) 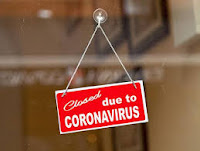 Notice of the amendment was posted but the content of it is not yet public, so details cannot be confirmed.  Retailers were expecting to be able to sell their remaining stock during the end of March, April, and beginning of May, but the pandemic forced retailers to close their doors to foot traffic and rely on online advertising. Many of them did sell some or all of their remaining higher emitting stoves that would have been barred from sale after May 15. As a result, virtually all retailers who still had Step 1 stoves in stock, lost some sales in the  2 months prior to the week of May 15. There is no doubt that the Covid-19 pandemic is having serious negative impacts on hearth retailers, as they move into their summer season when most focus on grills, patio equipment and gas appliances.  However, big box stores and smaller hardware chain stores have remained open and have been steadily selling off deeply discounted Step 1 stoves.

After intensive lobbying for a sell-through in March, HPBA now appears to be backing off from that goal, after the EPA failed to deliver one starting on May 16, and going through the end of the year, which HPBA had hoped for.

If the EPA were to propose to replace those 2 months with a sell-through to the end of the year, that would be a 7 ½ month sell-through, including during the fall, the busiest buying season of the year. But sources say that the EPA is likely to just try to re-open a 2-month window in the fall, which would mean Step 1 stoves must be pulled off of showroom floors on May 15 but could be put back there until a possible late 2020, or 2021 sell-through window.  Given the legal complexities of changing federal regulations quickly, a fall sell-through may have been the most likely scenario all along, and the industry effort seems to have created some confusion about what was possible in the first place.  HPBA is now urging retailers to either sell Step 1 stoves before Friday May 15, or donate them to one of four designated non-profits who will install them in low-income homes.

Re-opening a window to sell Step 1 stoves in the fall or winter is clearly tricky for both industry and the EPA. The EPA could issue a “no action assurance” (NAA) letter, stating their intention not to enforce the rule against selling Step 1 stoves after May 15. But NAA letters are typically issued for specific incidents and not as a lengthy, national solution.  OECA, the EPA's Office of Enforcement and Compliance, has reportedly not agreed to issue an NAA letter.

Mandy Gunasekara gained notoriety as a Senate aide in 2015 when she handed a snowball to Senator Inhofe on the Senate Floor, so he could mock the idea that the planet was warming. She joined the EPA in March 2017 as the head of the Office of Air and Radiation under then Administrator Scott Pruitt. She is often credited as the chief architect of the Paris Accord withdrawal and central to the repeal of the Clean Power Plan. She left in 2018. There is some speculation that the EPA may have more aggressively rolled back the wood heater
regulations had she stayed.

In May 2018, the Attorney General of New York filed a Freedom of Information Act request to uncover communication between Mandy Gunasekara, Frank Moore of Hardy Heaters and Dennis Brazier of Central Boiler, and Jack Goldman, John Crouch and Rachel Feinstein of HPBA. However, when Mandy Gunasekara left the EPA, it appeared to undermine HPBA’s efforts. Then, in February of 2020, Mandy Gunasekara came back to the EPA, this time as its Chief of Staff. Sources say that her connection with Hardy Manufacturing may have enabled HPBA to quickly take the March 2020 EPA denial of a sell-through and turn it around, as the Covid-19 pandemic bore down on the country.

Hardy Manufacturing, which began in the late 1980s making heaters to fueled with waste oil, has not certified a Step 2 heater that can be sold after May 15. Frank Moore, President of Hardy was the key industry witness to testify for a 3 year extenion on Capitol Hill in 2017. Possibly thanks to Mandy Gunasekara, they will gain several more months to sell their older units.

The Alliance for Green Heat opposed a one or two-year sell-through because it would have allowed manufacturers to continue building and shipping Step 1 appliances, possibly in great numbers, prior to the May 15 deadline. Allowing a 2-month sell-through at this juncture would not result in flooding the market with Step 1 appliances, as may have happened it were announced in 2018 or 2019. "We would support a short sell-through until August to allow retailers to recoup the time they lost due to this devastating pandemic,” said John Ackerly, President of the Alliance for Green Heat.
Posted by John Ackerly at 2:54 PM