Consumer friendly site is cause of worry for some

The EPA said the new database was designed to“improve accessibility and usefulness” by allowing users to search for the cleanest stoves, the most efficient stoves, those designed to burn cordwood and other attributes.

A wide range of stakeholders, from industry to states to non-profits, had been urging the EPA to switch to a modern searchable format for nearly a decade. The painfully slow development of the database at times seemed to epitomize the government's reputation to move at a snail’s pace. The list is maintained by the EPA’s Office of Enforcement, which like much of the EPA has been hit with repeated budget cuts and loss of staff in recent years.

The sleek new functionality of the list, allowing users to focus on one parameter or another, is also worrying to many in the stove industry. Traditionally, this list of certified wood heaters has not been a primary information source for consumers. But with this new functionality, consumers may start relying on it more and more, leading to some unintended results, such as worse buying decisions or ones that favor some manufacturers over others.  One feature that the old excel spreadsheets had that will be particularly missed by many was the clear designation of which stoves were newly added to the list each time it was updated.

One fear is that consumers will put too much reliance on higher BTU output if they can easily search and cross reference by these values. Right-sizing a stove is already problematic, and the BTU values on the list are overinflated due to loose parameters that allow labs to show high BTU output. Another fear, expressed by some manufacturers at the recent HPBA Expo in Nashville, is that consumers will favor “Cord Wood” stoves over “Crib Wood” stoves because they are not familiar with the lexicon of stove testing and the legacy of crib wood. This could lead to a surge in the sales – and reputation – of the 10 models that have been designed for and tested with cord wood. Other stakeholders welcome the feature, hoping that the companies who were among the first to invest in cord wood testing will benefit.

The EPA chose to include a box that helps consumers identify the cleanest and most efficient stoves,

and some say that this puts unwarranted attention to values that won’t necessarily translate from the lab to the home. This “Quick Searches” box will likely be used by consumers who don’t understand pellet stoves work similarly in the home as they do in the lab, but wood stoves can only achieve the optimal lab numbers with a large bed of coals, dry wood and careful operation.
This “certified fuel type” feature also sheds light on one the biggest problems with the new searchable data – accuracy. Six wood stoves are listed as using wood chips as a fuel, an apparent mistake according to one of the manufacturers of those stoves. This could hurt sales of those units if consumers are relying on the database to narrow down the stoves they may purchase. EPA staff are quick to say that this is a work in progress and it is incumbent on manufacturers to vet the list and provide the EPA with corrections. In 2017, the HPBA warned the EPA that many inaccuracies – such as stoves being listed as wood chip stoves – existed in the database. Many of the same errors are still listed two years later.

The Alliance for Green Heat welcomes the new database and had the opportunity to provide input on several occasions as other stakeholders did. Some of our suggestions and wording was adopted and some was not. AGH believes that the new database will help consumers become more educated about the working of stoves and the terminology, but it will take time and effort by the wood heating community.

The release of the database was coordinated with the update of some key pages on the EPA's Burn Wise website. The EPA finally changed their page on hydronic heaters which previously defined and pictured them just as outdoor boilers, a change that AGH had urged them to make for years. They also made major changes to their efficiency page which had not been updated since the EPA began requiring testing and reporting of efficiency of stoves.

·      Pellet stoves
A simple search that used to take hours, now takes seconds.  For instance, with 5 clicks, the database shows that 40 of the 70 pellet stove models that are 2020 compliant emit one gram an hour or less – an impressive feat considering pellet stove lab values are relatively consistently with how they perform in homes.

·      Catalytic Stoves
The database shows that 27 of the 68 wood stoves that are 2020 compliant are catalytic, underlining the surge in catalytic models that resulted from stricter emission limits.

·      Hybrid Stoves
Hybrid stoves, which almost all use both catalysts and air tubes for secondary combustion, are listed as a subtype, but no stoves turn up in a search for that term.  It is unclear if the EPA intends to populate that subtype. AGH is urging the EPA to also add “automated stoves” as a subtype in the future. Both hybrid and automated stoves offer great promise to help consumers run stoves more cleanly and should be identified in the database.

·      BTU Output
With tighter homes and a new breed of tiny homes, it is now easy to search for stoves with the lowest BTU output. Forty stoves, 20 wood and 20 pellet, were tested at less than 25,000 BTU. AGH believes that many units still have erroneously high BTU values based on loose parameters in lab testing and reporting, and these values should be used with great caution.  For wood stove, firebox size is probably a more accurate indicator of BTU output.

·      Carbon monoxide
Nearly 150 stoves that are 2020 compliant have CO values showing a huge range from 0.0 to 6.1. Of the 23 stoves tested at less than 0.1 gram of CO per minute, all but 3 were pellet stoves. The carbon monoxide listing raised concern from some who worry that consumers may use it instead of PM as a primary indicator of cleanliness, or that consumers may think it’s an indication of amounts of CO emitted into the room.

·      In and out of production
The database shows 565 models in production, a number that will likely drop significantly as of June 2020. And it has nearly 700 stoves that emit less than 4.5 grams but are out of production.

·      Previously certified
The database also shows the 205 stoves that were previously EPA certified at 4.6 grams or higher, a feature that could be very helpful for change out program managers who want to target older certified stoves, many of which need replacement. 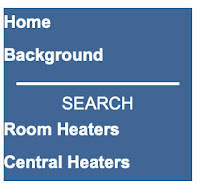 The database is separated into two: “Room Heaters” and “Central Heaters” and you have to select one or the other or your search may turn up empty. There are only 12 central heaters that are 2020 compliant, and eleven of those use cord wood. While central heaters have had a harder time meeting the Step 2 requirements, many more have either been approved by labs or are in the pipeline to be 2020 compliant.  Efficiencies of pellet boilers are more complex because those that get listed with European test data are likely to show higher efficiencies, even though they are converted to HHV.
·
Not included in the new database

Some stakeholders have urged the EPA to include more search attributes, such as the test method, lab, and a link to the detailed lab report that manufacturers are required to post on their websites. The list also does not say whether PFI certified pellets were used during certification testing and are thus technically required to be used by the consumer.  Up until 2007, list used to include the deadline that the five year certification certificate expired.  Up until the summer of 2015, the list included the outmoded estimated default efficiencies, which listed all non-cats at 63%, cats at 72% and pellet stoves at 78%.  The default efficiencies were set based on testing in the mid and late 1980s, resulting in relative accurate estimates for wood stoves, but helping to develop the enduring myth that pellet stoves had such high average efficiencies.

Contact Rafael Sanchez at the EPA's Office of Enforcement to address errors or omissions in the database, (sanchez.rafael@epa.gov) at (202) 564-7028.