Could a Thermoelectric Wood Stove Pay for Itself?

Payback calculations are common in the residential solar photovoltaic industry where homeowners want to know how long it will take for them to recoup their initial investment. If you purchase panels outright, payback periods depend on a variety of factors including a utility’s price for electricity, tax incentives, and amount of daily sunlight hours. A range of 5 to 8 years is possible however, it can be as wide as 3 to 15 years.[1]


The retail price of a thermoelectric module is around $57.50 for a 22-watt module, or $2.61 per watt.[2] One critical point to make here is that the power output of our 22-watt module assumes an optimal hot-side temperature of 300 C (572 F) and cool-side temperature of 30 C (86 F). This ideal temperature differential is very difficult to achieve in real world conditions, so the real-world cost per watt for thermoelectric modules will be higher. However, cost should decrease and efficiency improve with widespread adoption of thermoelectric modules, similar to what happened in the solar industry. For example, DOE estimated that the installed cost of a solar panel declined from $7.06 per watt in 2009 to $2.93 in 2016, a reduction of 60 percent.[3] If we go back to 1977, the cost of a solar panel was $77 per watt. It is not unreasonable to expect a decline for the cost of thermoelectric modules as economies of scale reduce production costs. 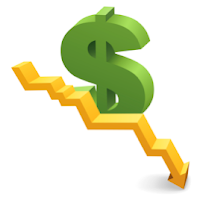 Secondary cost considerations include the price of the wood stove, its installation, and fuel costs. The price for a larger size 50,000 BTU wood stove can range from $900 to over $4000, and the average consumer spends about $2,500. Since a thermoelectric wood stove would be providing both heat and electricity, it is difficult to separate out how much of the cost of the stove is for each function. The more crucial point for now is that many larger size stoves, which can generate up to 50,000 BTUs and meet the 2020 EPA NSPS standard, are available for as little as $1,300. While this does not include the cost of installation, it does suggest that the wood stove portion of the costs should not be a major obstacle.

The cost of installing a thermoelectric wood stove into a home should not necessarily be that much greater than the cost of installing a traditional wood stove. One additional cost will be attaching the power outputs from the thermoelectric wood stove to an inverter. However, if we assume that early adopters will already have or are planning to get a solar PV system (more on this below) the cost of the inverter would not be a major obstacle.

Finally, one can assume that the fuel cost for a thermoelectric wood stove is essentially zero because the wood stove is already being used to heat the home. A thermoelectric module will convert only 3 to 6 percent of the heat from a woodstove into electricity, while the remaining 94 to 97 percent passes through the module and is released as heat into the home. In other words, the module is only using a very small percentage of the heat generated by the stove to produce electricity.

While more in-depth analysis is needed, it’s possible that a thermoelectric wood stove could help reduce the size and cost of solar PV systems in northern climates that have limited sunlight/solar radiation in winter. For example, a typical 5000 watt solar PV system in Vermont produces 6,280 kWh of electricity per year, while the same system produces 7,913 kWh in Los Angeles.[4] Most of this difference is due to the low winter time output in Vermont between October and February: For example, the Vermont system produces 239 kWh in December, as compared to the Los Angeles system’s 473 kWh. If the Vermont resident wanted to generate the same amount of power as in Los Angeles, they would need to increase the size of their solar PV system from 5000 watts to approximately 6300 watts. At the current cost of approximately $3.36[5] per watt installed for residential solar, this could cost the Vermont resident an additional $4,368 for additional solar panels.

Alternatively, instead of purchasing extra solar panels, the Vermont resident could invest in a thermoelectric wood stove to boost their winter time power output. As we mentioned in our previous blog, a wood stove with a 150 to 200-watt thermoelectric generator operating 16 - 20 hours per day could generate 93 to 124kWh of electricity per month, which would be a good boost to the Vermont output of 239 kWh in December. And, at 0.16 $/kWh for electricity in Vermont, the thermoelectric wood stove could save the homeowner an additional $15 to $20 per month.

While a real payback calculation for a thermoelectric wood stove will need to wait until prototypes go through more testing and we get results from the 2018 Wood Stove Design Challenge, the available information suggests thermoelectric wood stoves could help reduce the cost of residential solar installations, and potentially save homeowners thousands of dollars.

Posted by Melissa Bollman at 9:53 AM