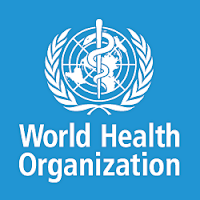 This blog contains excerpts from a very important and readable report published by the World Health Organization (WHO) in 2015.  It is primarily from a health and policy perspective and is very valuable for North American as it provides more of a European perspective and is balanced in its approach. The entire 58-page report can be downloaded here.

The report is particularly interesting as it hits on many themes that were considered or included in the 2015 EPA wood heater regulations, some of which will be litigated in 2017. It addresses best available technologies, indoor air quality, efficiency standards, stove changeout programs, black carbon, carbon neutrality, HEPA filters and many other issues. One of the overarching conclusions is that national policy should strongly favor pellet over cord wood appliances, a transition that has already occurred in parts of Europe, but not in the US.

Authors include experts from the US, Austria, Canada, Finland and Germany.  This publication was prepared by the Joint WHO/United Nations Economic Commission for Europe (UNECE).

The report describes the health effects of and policy options for dealing with residential heating with wood and coal in Europe and the United States. The results presented indicate that it will be difficult to tackle problems with outdoor air pollution in many parts of the world without addressing this source sector. National, regional and local administrations, politicians and the public at large need a better understanding of the role of wood biomass heating as a major source of harmful outdoor air pollutants (especially fine particles). This report is intended to help increase such an understanding.

Furthermore, filters may reduce health effects from indoor air pollution. Existing regulatory measures include ecodesign regulations and labels in the European Union (EU) and technology based emission limits in the United States of America and Canada. Financial fuel switching and technology changeout incentives – as well as targeted “no burn” days and ecolabelling – are other tools available to policy-makers.

p. 2. Residential heating with wood is a sector in which PM2.5 and BC emissions can potentially be reduced with greater cost– effectiveness than many other emission reduction options. Nevertheless, within Europe and North America only a few countries or states have set legal limits for minimum combustion efficiency or maximum emissions of PM and harmful gaseous compounds like CO and gaseous organic compounds (see section 6).

One study estimates that reductions in the use of bituminous coal for heating in the USA from 1945–1960 decreased winter all-age mortality by 1% and winter infant mortality by 3%, saving nearly 2000 lives per winter month, including 310 infant lives (Barreca et al., 2014).

Based on this and evidence that indoor emissions from household combustion of coal are carcinogenic to humans, the latest WHO indoor air quality guidelines strongly recommend against the residential use of unprocessed or raw coal, including for heating (WHO, 2014a).

Given that most wood burning occurs in cold locations where homes are well insulated, buildings are expected to have low infiltration (meaning that relatively small amounts of outdoor air pollution, including wood-burning smoke, enter the house and contribute to indoor air pollution), especially during the heating season.

In North America heating-season outdoor temperature is an important determinant of infiltration, and infiltration levels are generally lower in the heating than the non-heating season, when doors and windows are likely to be open more (Allen et al., 2012). In British Columbia the mean infiltration fraction of PM2.5 in winter was found to be 0.28, compared to 0.61 in summer, although infiltration factors for individual homes in winter ranged from 0.1–0.6 (Barn et al., 2008); another study reported similarly low mean infiltration levels of 0.32 Å}0.17 during the winter (Allen et al., 2009). Combustion of wood in residential areas and often under cold, calm meteorological conditions can nonetheless lead to high exposure compared to other pollution sources, owing to the principle of intake fraction.
Indoor pollution
Modern wood stoves and fireplaces, when operated according to the manufacturers’ instructions, release some PM and gaseous pollutants directly into indoor air, although in most cases the evidence for substantial indoor emissions from these modern stoves is very limited. With poor operation, poor ventilation or backdrafting, however, elevated concentrations of combustion products (such as PM, CO, VOCs, NOx and aldehydes) may result indoors. Acute CO poisoning, which can sometimes even be fatal, may occur due to indoor wood burning and infiltration of dirty ambient air), especially when ventilation of the wood-burning appliance is not managed properly.

Stove Change outs
p. 21. Such change-out initiatives have potential limitations. The Canadian Council of Ministers of the Environment (CCME) – the association of environment ministers from the federal, provincial and territorial governments – evaluated 12 stove exchange and educational efforts conducted in Canada and concluded that exchange programmes may have limitations relating to both the cost of new technologies and the long service life of appliances once installed. The assessment supported the use of regulation effectively to curb the sale of high-emission appliances. This approach is used in a number of Canadian provinces and American states.

The study also found that removal of conventional noncertified appliances (through exchanges, time limits or prior to the sale or transfer of a property) was the most effective strategy included in a model municipal by-law for mitigation of residential wood smoke (Environment Canada, 2006) (see “Other regulations and voluntary measures” in section 6). [Click for more on stove change out programs - editor.]

HEPA Filters
While household or individual-level strategies are not typically part of air quality management programmes, two studies from Canada indicate that inhome HEPA filtration might reduce health impacts from wood smoke. An initial single-blind randomized crossover study of 21 homes during winter, in an area affected by residential wood combustion as well as traffic and industrial sources, reported a mean 55% (standard deviation = 38%) reduction in indoor PM levels when HEPA filters were operated (Barn et al., 2008). Use of the HEPA filters reduced indoor PM2.5 and levoglucosan concentrations by 60% and 75%, respectively. [Click for more on HEPA filters - editor.]

Regulatory Emission Limits
p. 26. Over the past decade, the European Commission has worked towards the possibility of regulating solid fuel local space heaters and boilers, particularly those that use various forms of woody biomass fuel (wood logs, pellets and biomass bricks), to create proposed ecodesign emissions limits.

According to the Commission proposals, implementation of ecodesign standards would lead to significant reductions of PM2.5 emissions from solid fuel local space heaters and boilers compared to baseline projections. The draft regulation for solid fuel local space heaters2 states that in 2030 the proposed requirements for those products, combined with the effect of the energy labelling, are expected to save around 41 petajoules (0.9 million tonnes of oil equivalent (Mtoe)) per year, corresponding to 0.4 million tonnes of CO2. They are also expected to reduce
PM emissions by 27 kilotonnes per year,

Voluntary Measures
p. 30. The Wood Stove Decathlon, an initiative of the Alliance for Green Heat, was organized in 2013 to focus creativity and resources on designing next generation wood stoves. The main goal was to challenge teams of combustion engineers, engineering students, inventors and stove manufacturers to build wood stoves that are low-emission, high-efficiency, innovative and affordable, in a common process that may point to commercially attractive next generation stove production (Alliance for Green Heat, 2013).

Policy Needs
p. 31 Any renewable energy or climate change related policies that support combustion of wood for residential heating need to consider the local and global ambient air pollution impacts and immediately promote the use of only the lowest emission or best available combustion technologies.

Legal regulations for wood combustion efficiency in new heating appliances are urgently needed throughout the world. These will both slow down the current rapid speed of global warming (relating to BC in fine particles and VOCs that promote ozone formation) and reduce the great burden of disease caused by wood combustion-derived particles (especially organic compounds carried by BC). Such regulations should include tight – but technically achievable – limits in particular for the primary emissions of particulate mass, gaseous hydrocarbons and CO from new boilers and heaters.

p. 32. As new wood-burning devices become more energy efficient and emit less pollution (especially PM), national governments need to prepare heater exchange regulations or voluntary programmes. Municipalities, counties and states should consider requiring heater exchanges at the time of home remodels or sales. In many cases, these regulations will be most successful if financial compensation is offered to assist with the cost of replacing old heaters with those meeting tight energy efficiency or emission limits regulations.

“No burn” areas are needed. Especially with current combustion technologies, it is important to define urban areas with dense populations and/or geographical features (such as valleys between mountains) where residential heating or cooking with small-scale appliances burning solid fuels (wood and coal) is not permitted at all or is at least limited to registered models of low-emission wood combustion devices. Residential heating with coal in small-scale appliances should also be permanently prohibited, at least in communities of developed countries, as should the use of wood log burners for central heating without a sufficiently large water tank (which otherwise leads to badly incomplete combustion and very large emissions).

Co-benefits for health and climate

As wood is burned ... carbon is released back to the atmosphere, not only as CO2 but in most household combustion also in the form of short-lived greenhouse pollutants such as BC, CO and VOCs including CH4. Thus, to be perfectly “carbon neutral”, wood fuel has to be not only harvested renewably but also combusted completely to CO2. For both climate and health purposes, the form these fuels’ carbon takes when it is released matters greatly, since BC and CH4 are both strongly climate-warming.

Another study coordinated by the United Nations Environment Programme and the World Meteorological Organization found that widespread dissemination of pellet stoves (in industrialized countries) could improve health, since these interventions lead to reductions in PM2.5.

If Arctic climate change becomes a focus of targeted mitigation action (because of threats from rising sea levels, for example), widespread dissemination of pellet stoves and coal briquettes may warrant deeper consideration because of their disproportional benefit to mitigating warming from BC deposition in the Arctic (UNEP & WMO, 2011). The World Bank found that replacement of wood logs with pellets in European stoves could lead to a 15% greater cooling in the Arctic (about 0.1 ÅãC). For Arctic nations the modeling strongly indicates that the most effective
BC reduction measures would target regional heating stoves for both climate and health benefits (Pearson et al., 2013).

Conclusions
p. 35. Given that residential wood combustion for heating will continue in many parts of the world because of economic considerations and availability of other fuels, an urgent need exists to develop and promote the use of the lowest emission or best available combustion technologies.

It may be preferable in many cases to focus on making biomass-based home heating more efficient and less polluting rather than transitioning away from biomass to fossil fuels, given the climate change implications of using fossil fuel for heating.