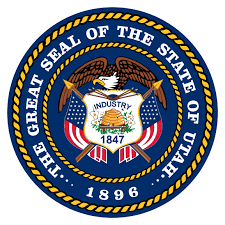 Salt Lake City, Utah – The Republican dominated Utah Senate upheld regulations on outdoor wood boilers by not voting on a bill that had easily passed the Utah House.   The bill, HB 394, would have overturned regulations on outdoor boilers that was passed almost unanimously by a House committee and then by the full House on Tuesday by a vote of 59 to 12. The bill most likely would have passed the Senate had it not been for the efforts of advocacy groups such as the Alliance for Green Heat, the Wasatch Clean Air Coalition and others concerned about the negative affect outdoor wood boilers can have on local air quality.

Proponents of the bill had been distributing a flyer with inaccurate and misleading information to legislators. The flyer stated that OWBs are cleaner and more efficient than EPA certified wood stoves and that 49 states allowed what the new Utah regulations would not. In fact, the Utah regulations allowed the installation of qualified outdoor wood boilers in most of the state but did not allow their installation in the more populated areas that were in air quality non-attainment.

The Alliance for Green Heat contacted the Senate sponsor of the bill who became very concerned about the accuracy of flyer as well as a key proponent of the bill who had represented himself as a concerned citizen but who was actually being paid by Central Boiler to lead the campaign. The Alliance collected 45 signatures in under 24 hours for an open sign-on letter to the Utah legislature urging them not to vote for this bill that would overturn reasonable regulations the state set on outdoor boilers this February. The signatories represented leaders in the biomass industry, nonprofits, professors and clean air advocates and citizens who had been personally affected by OWB smoke and more.

A key question, relevant to many towns and valleys in the West, including places like Libby Montana, is whether EPA qualified outdoor wood boilers should be allowed in populated valleys that experience inversions and are in non-attainment. Central Boiler and HPBA sent comments to Utah officials that were very critical of the regulations that only allowed outdoor wood boilers to be installed in rural, attainment areas.

For more background and information on the position of the Alliance, click here.

Thanks to everyone who lent their voice to this campaign. With your help, we were able to help the Utah legislature understand the disinformation campaign that the bill was based on.
Posted by Melissa Bollman at 12:55 PM